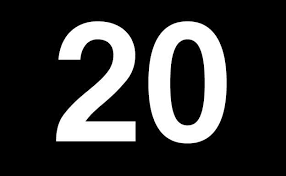 Thank you for taking the time to read this report. My intention with this chart pack is to provide traders and investors at all levels with the following:

Inform: To inform and alert you to attractive technical chart setups.

Spark new ideas. For e.g. Sappi and Mondi may both be attractive however you may prefer one over the other or an international stock in the same sector.

De-risk: Our charts may include caution around selected stocks that present downside technical risk, helping you to identify an opportunity to exit a share and preserve capital in the process.

Please see this week’s selection below: 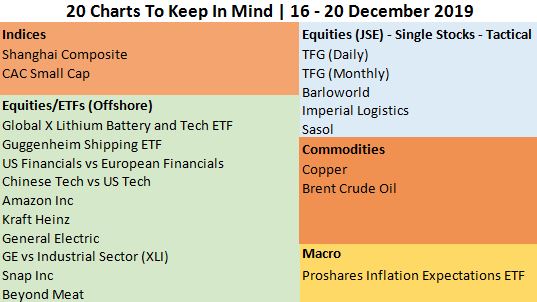 [restrict] Shanghai Composite | A break of a consolidation range is often seen as a continuation of the preceding trend. At current levels, it appears that the Shanghai Composite is looking to continue it’s breakthrough of a 4 1/2 year downward trend, which appears similar to the consolidation breaks of may 2006 and October 2014. This is chart is intended to identify a potentially bullish setup in Chinese equities, which may form part of your own work. If however you would like us to identify specific equities that have the potential to out-perform, please contact me at lester@unum.co.za.

CAC Small Cap | Similar to the way Japanese Small Caps broke out a few month back, French Small Caps are doing the same, looking to join the fresh highs in Europe.

Copper Monthly: With a deficit expected in the commodity, the long term (monthly) chart for Copper suggests that upside potential can be expected. The current technical setup is reflective and similar to the period seen from September 2002 to June 2003 where a breach of the downward trend line as well as the rising 50-month moving average saw a tremendous surge in the price. Confirmation of this long term outlook is a monthly close above $3.05.

Brent Crude Oil: Following a choppy and somewhat range-bound 12 months, the commodity is firming up by adopting a bullish undertone and looking to continue it’s medium term upward trend from the lows of January 2016. The continuation is taking place via a breach of the downward trend line going back to October 2018, with the commodity having added around 7% month-to-date. On the upside, pivot zones are $67.74 and $69.69. A break of these levels would see $71.99 opening up as a target zone. In terms of the technical indicators, the Relative Strength Indicator sits with a 51 print, gradually turning higher.

US 10 Year: As ‘risk-on’ accelerates and the Federal Reserves leaves interest rates unchanged (for now), the 10-year bond yield is pointing to higher levels as it threatens to breach the downward trend line which extends back to the medium term peak of 3.23% (November 2018). A recent change in trend is evident as the price finds support above it’s gradually rising 8, 21 and 50-day exponential moving averages. The next pivot high is the 1.95% after which the 200-day moving average awaits as a long term resistance level. It’s key to note that the monthly chart (which follows the daily chart below), has developed a triple bottom pattern, signaling a strong resistance for bond prices and conversely strong support for yields.

Global X Lithium Battery and Tech ETF: We provide an update on the ETF which was recommended on 22 October. The price has started to appreciate, having broken out of the bear channel that was in place since January 2018. As per the weekly chart below, the share’s Relative Strength Index is making a 24 month high providing support to the technical bull thesis. Is it too late to purchase this Offshore ETF? No.

Amazon Inc: For a stock that has consistently ranked in the most highly valued by way of market cap, Amazon’s recent price action has failed to inspire as global markets make new highs and new becomes ‘less bad’ heading into year. Technically, the share is trading at the same level it was 4 months ago ad has since developed a bear flag pattern which is a continuation of the initial downward trend going back to July 2019. As per the daily chart, the price has failed to regain it’s 200-day moving average which has previously acted as a support zone and has now become resistance.

What I find even more interesting is the monthly chart where the Relative Strength Index is breaking to the downside of an 11-year trend line support, suggesting a weakening of the long term trend.

Guggenheim Shipping ETF (SEA): At times, the idea is buy an asset while it is still in it’s infancy, which by review of the technical setup and recent sentiment, seems to be the case with the ETF that tracks Shipping stocks. Despite the global economy having recovered since the global financial crisis, the sector has not been a participant to the economic recovery, in fact, we have seen shipping names being sold off significantly. Could the sector be resembling the PGM sector 4 to 5 years ago? A review of the weekly chart sees a double bottom formation as the price developed and found support off a year-long base and trend line that extended back to November 2011. This double bottom has been triggered with a close above the mid-point of the formation, indicating it is time add or if you are not long yet, to buy. Currently trading at $10.07, the medium term target is $12.72 followed by the gap at $14.75.

US Financials (XLF) vs European Financials (EUFN): In US Dollar terms, US financial sector stocks have outperformed their European counterparts by a large margin over the last number of years. My chart data takes me back to Feb-2010, nearly a decade, where we see the US financials having gained 157% for the period while European financials are down by 9.87%. We have recently seen the European markets making new highs with financial sector stocks to a certain extent making gains, albeit not as bullish as the broader market.

Kraft Heinz | KHC has spent the last two and a half years in a downward trend, having shed 66% from it’s peak of 93.21. Now, the technical setup is signaling the potential for a reversal of the downward trend with the price having regained the 200-day moving average and having formed a 10-month base by way of an inverse head and shoulder formation. Two daily closes above the resistance level of $34.25 triggers the technical setup for move back to $42.

General Electric | From once being an industrial behemoth of the world, the trajectory of the GE share price is reflective of a major economic and market crisis – except we are not experiencing a crisis. A review of the weekly chart sees very similar price action as was the case during the 2008/2009 market crash when it fell by 80% from September 2007 to February 2009. At current levels, the recovery appears very similar to when we saw the share price rebounded off depressed levels and cleared it’s 40-week moving average. The Relative Strength Index has also made a 3 1/2-year high, reflecting the strength of the current move. When do traders/investors buy this name? On a pullback to the 40-week moving average. Current price: $11.34 / 40-week MA: $9.86.

Air France KLM | The share is in the latter stages of an ascending triangle pattern, a bullish technical setup which points to a continuation of an upward trend following a period of consolidation. This setup is confirmed by a daily close above the 11.08 – 11.15 level, opeing up the 12.72 level as a first target. Temporary failure of this setup is a close below 9.94.

Chinese Tech vs US Tech | I don’t know if you’ve had a look at the relative/ratio chart of Chinese Technology Sector Stocks (CQQQ) vs US Technology Sector Stocks (QQQ). My review of the chart sees China tech starting to outperform US tech on a relative basis. A major two-year downward trend line has been breached, with the price finding support on it’s 100-day moving average, which is also starting to trend higher.

Beyond Meat | My idea of BYND has very specific conditions that needs to be met in order for the trade to be triggered. Background: We have seen the price in a decline since it’s post IPO peak of $239 on 26 July. At current levels of $75.02, the price action suggests that the share is developing a base, having hovered just below $80 since late October 2019. Currently the secondary downward trend line going back to the peak of 26 September is being tested while a breach of the primary downward trend will serve as further confirmation that we could see a bullish reversal. Remember, price don’t move up/down in a straight line.

TFG | I will provide two views on TFG: a long term and short term view.

Short term: The share remains within the bear channel going back to the peak of 29 October with the price recently trending toward the swing lows of late August from where we saw the bounce up expectations that the trade tariffs would be delayed, that the Federal Reserve would keep interest rates on hold and that the outcome of the Brexit/snap election vote would be successful. Though in a downward trend, the share provides an opportunity for a potential ‘swing’ long based on: (1) a potential second test of the lows near 147 (2) a breach of the bear channel. The 200-Day MA is non-directional (flat) and could act as a magnet in the short term.

Barloworld | I previous posted about 12730 being a resistance level. We saw this hold with the price retreating to trade to a recent low of 10464c, pushing higher to 11300c in the last session. After being in a downward trend since 19 November, the 8-day EMA is starting to turn higher while the RSI is recovering from an oversold level. I think we trade up to 117-119 on this name.

Imperial Logistics | My review of the Imperial Logistics daily chart leads me to believe that a change in trend is imminent as the price threatens to break the year-to-date downward trend line. A close above this level would encourage further buying in the name as the technical break encourages bulls to add to existing long positions. Currently: 5551c, Target 6700c, Stop-loss: 5200c.

Proshares Inflation Expectations ETF | Now how is this for an interesting chart. Over the last number years there’s been a lack of inflation, however with the trade optimism, equities at record highs (producing a wealth effect), could we see a return of inflation? 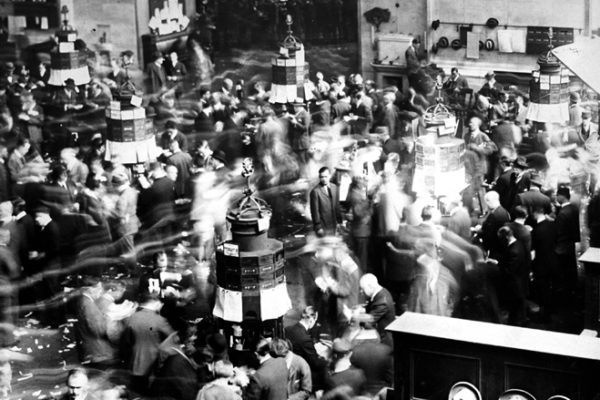 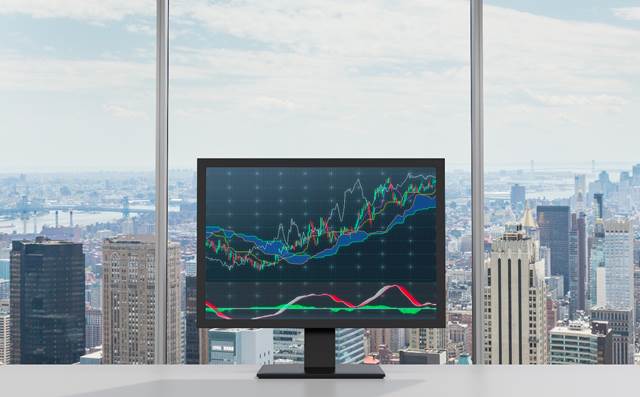 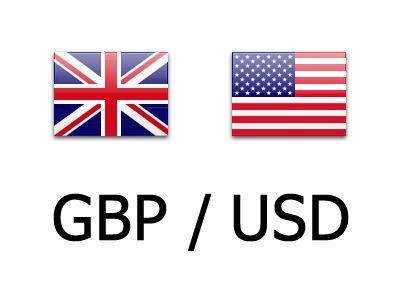 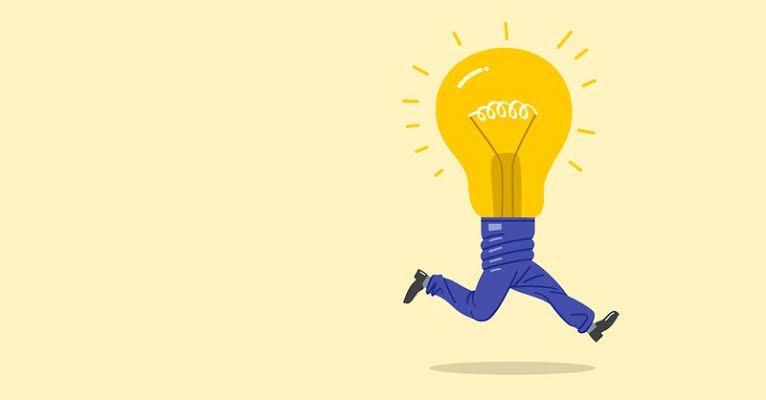