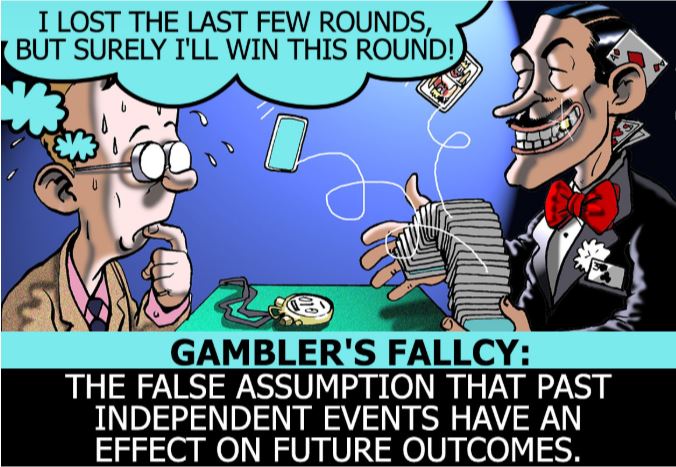 In my quest to be well read, I read a lot of articles and books spanning different fields; from business, politics, the environment etc. and in my reading I have come across many interesting theories that try to explain human behaviour and thinking.

And as I read through these theories I always try to relate them to my profession and see how they can help explain some behaviours or thinking that I come across personally as a Professional trader; or that I see in other traders.

What I have found particularly interesting in most theories I read is how, though penned many decades or centuries ago, these theories are still applicable in our modern world. One theory I find particularly interesting is The Gambler’s fallacy. Reading through the theory, I couldn’t help but notice how well it ‘gels’ with a subject I have become interested in of late; ‘The randomness of trading outcomes’.

Also known as the Monte Carlo fallacy or the fallacy of the maturity of chances, The gambler’s fallacy, according to Wikipedia, is the erroneous belief that if a particular event occurs more frequently than normal during the past it is less likely to happen in the future (or vice versa). The fallacy is commonly associated with gambling wherein it may be believed, for example, that the next dice roll is more than usually likely to be six because there have recently been less than the usual number of sixes.

Put differently, the Gambler’s Fallacy is the misconception that something that has not happened for a long time has become ‘overdue’ and is likely to happen next.

Though trading and gambling are 2 entirely different things, there are some striking similarities between the two; in the since that they both have some speculative aspects to them, and they involve putting capital at risk.

The coin toss is probably the best way to explain the Gambler’s fallacy. For purposes of this example, let us assume a coin with both sides, ‘heads’ and ‘tails’, having an equal chance of landing on top when the coin is flipped or tossed.

Suppose the coin is flipped 8 times, and on all flips landed on the ‘tails’ side. On the 9th flip, would you bet on the coin landing on ‘heads’ or ‘tails’?

Regardless of which way you bet for the 9th flip, the truth is, its out can go either way, and is not in any way related to the outcome of the previous 8 flips. That’s what The Gambler’s fallacy tries to explain.

The concept is:  The outcome of an independent event does not in any way depend on the outcome(s) of past events.

The trading lesson here is a simple one: the outcome of an independent trading set up is random and does not depend on the outcome(s) of past set ups.

Losing the last 10 trades, for example, doesn’t increase the odds of getting the 11th one correct; neither does it mean the 11th one will also be a loser. Falling into the fallacy that the next trade will be a winner after a series of losing trades might result in the trader taking more risk than usual believing that the trade is ‘most likely’ going to be a winner. So all trades should be executed with consistent risk levels.

Students or experts of human psychology will agree that the human brain is good at making inferences; that is, reaching a logical conclusion on the basis of evidence and reasoning. For example, upon seeing someone ‘making a face’ after testing food, the human brain immediately infers or conclude that he/she doesn’t like the food. That is how quick a human brain is at picking pieces, assembling them, and reaching a conclusion. However, that probabilistic approach is not always true. The human brain is capable of making up patterns that don’t even exists in reality.

Going back to our earlier example of a coin flip; the human brain can interpret it in one of two ways:

Looking at the above collectively, it is true, the next outcome can either be a ‘heads’ or a ‘tails’; but not based on the previous 8 outcomes, but because each outcome has a 50% probability.

Putting it all together with Trading

The name of this theory (The Gambler’s fallacy) is clearly related to gambling. Trading and gambling are different in so many ways, but the psychological aspects that the Gamblers fallacy tries to address are very applicable to trading as well.

The biggest trading take-away from this theory is that trading outcomes are independent of each other and are random.

The subject of the ‘Randomness of trading outcomes’ is huge on its own, and anyone with a definitive view on the subject probably doesn’t understand the subject well enough. Many books and articles have been written on the subject, and of those I have had the chance to read; are all unanimous that there is no science to knowing which one of your trade is going to be winner; it’s all random.

In trading there is obviously an element of ‘predicting’ and ‘forecasting’; but that should be done within the range of analysis tools at your disposal; and that ‘tools-box’ should not (unfortunately) include past trading outcomes; otherwise you will just be trapping yourself into a fallacy synonymous with gambling.

Until next time, let’s keep it profitable.

Avoid falling into ‘The Dunning Kruger Effect’: A 4 step process 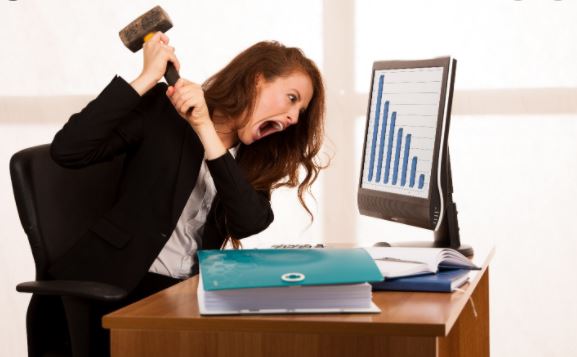 Overcoming your worse Trading enemy, yourself! 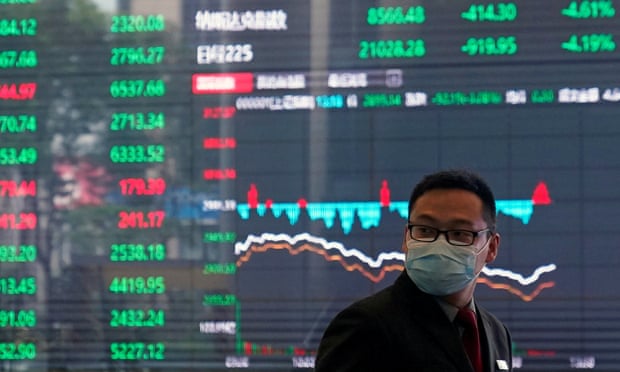 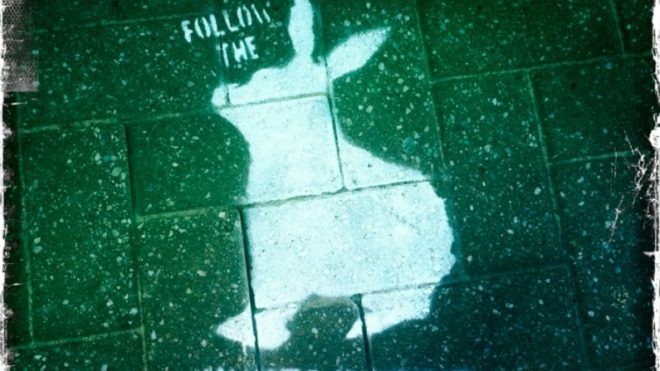 Previous post
Is the Market getting complacent? We look at 3 indicators for clues
Next post
Don’t jump in front of a moving train! 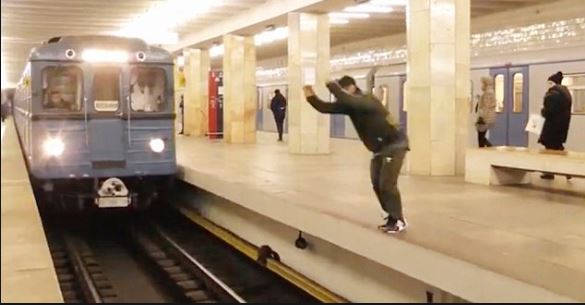 Innocent graduated with a B. Com (Honours) Degree in Banking in 2011, and gained corporate banking experience for about 2 years. His passion for stock markets made him complete the SAIFM ‘JSE registered securities trader’ exam in 2015, before venturing into full time equity trading in 2016 when he joined Unum Capital on their Proprietary Trading desk specializing in CFDs. Innocent believes proper risk management and consistency in executing one’s trading plan, are key to achieving success in the trading business.